Petley Wood hosted the 2020 SEEL Arena Eventing Championships over the weekend of 22 and 23 February 2020. This is the fourth running of this prestigious Championships which was sponsored by Vardags as part of there SEEL title sponsorship.

Combinations have qualified from competitions at Pyecombe, Coombelands and Petley throughout the year.

The latest storm to hit the UK over the past few weekends didn’t dampen the spirits of those competing, Storm Ellen, tried but failed to beat the hosting venues team of gallant stewards and organizing team who battled against the odds to keep the fences up in 50mph  gusts.

The 80 Championships which saw 45 starters, were won by Olivia Pederson on her super smart pony Romulus D’Hurl Vent, who stormed round just adding 7 time penalties to there clear jumping round, they just pipped 2nd placed Lulu Isaac on the equally talented Amberley Rose who picked up 8 penalties. Sophie Cole and Sven Comber Q bought up the top three on a final score of 9 penalties. Ashleigh Jepheart picked up the special ROR prize. No combinations in the class managed the optimum time over the 21 fence course over a distance of 750m which included tight technical lines that required accurate riding and presentation.

Next up was the 90 Championship which was won from a start list of 43, by Danielle Johns on her lovely chestnut Lourdes. Danielle is better known on the show jumping circuit but has tried her hand at a couple of Arena Eventing classes at Pyecombe and Petley. They judged a near perfect round to within 1 second of the optimum time, picking up the 1 time penalty to earn the £100 winning prize. Megan Oxley and Master Utah picked up the runners up spot, with Lizzie Moreton and Hey Mickey rounding of the top three.

The 100 Championships which saw 41 starters oozed quality and they made it all look to easy over the 23 fence course, with tight technical lines and saw a nail biting finish to who would finish nearest the optimum time which was achieved in this class. Sam Sweeney and the evergreen veteran  Burntwood Sorrell set the early pace but the quickest round of the class saw this combination drop to fourth spot being nearly 4 seconds under the time. Good rounds incurring zero penalties saw Amy Tate and Cheeky take eventual 2nd spot, with Ella Bubb on Shaken not Stirred picking up the third rosette. Sam Sweeney made amends from loosing her early lead on a spare ride that being Maddie Waters lovely mare Keela Jane. Sam rode the mare 3 weeks earlier to gain her qualifying spot whilst owner Maddie was injured following a fall. They were slower than her first ride but finished 0.91 under the time to win the class and prize winners spoils.

The day ended, believe it or not, with blue skies and sunshine, this obviously to the liking of Georgie Wood on her Arena Eventing specialist Sjapo le Sursaut who blitzed the 1.10m class winning by the table C class by 12 seconds from a very classy field, Sam Sweeney picked up second spot on the diminutive Just a Jewel and Katie Preston on the lovely talented mare Templar Juno. Sacha Hourigan finishing with the fourth and fifth placed rosettes.
Images by courtesy of LRG photograpy

Many thanks must go to everyone for supporting this series ,the venues in the South East for running qualifiers, judges, stewards and all our helpers and sponsors.

The 2021 finals will run at Pyecombe in February 2021.
Full results can be found at http://www.petleywoodequestrian.co.uk/competition-results/
And images from the championships at https://galleries.everybodysmile.co.uk/cgi-bin/public.cgi 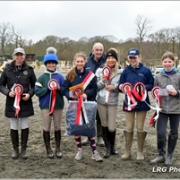 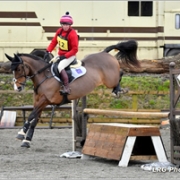 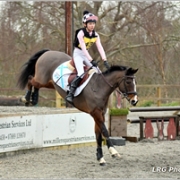 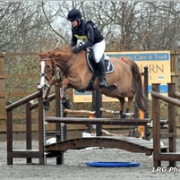 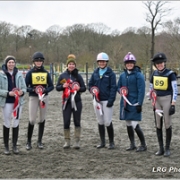 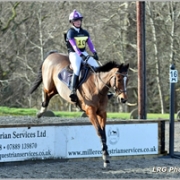 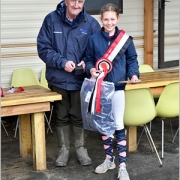 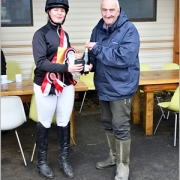 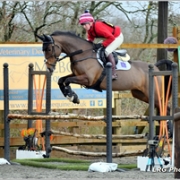