Closing date for entries 19th April 2017. Competitors gaining more than 58% and/or placed in the top six at all dressage shows at Petley Wood will qualify for the championships which will be run at 3 levels, Intro, Preliminary, and Open

Combinations may only compete in one championship class, but may compete HC in subsequent classes if not oversubscribed. In the case of oversubscription for the championship show, a ballot will be held being determined by how many qualifying shows being attended.

The winner of each championship will receive…..£50 cash prize, £50 entry voucher, Trophy, sash, and Championship rug.
Further prizes will be awarded pro rata according to entries

Lists of all qualified combinations will be displayed at all shows and via the links below:

Combinations may only jump in one championship class and all championship classes must be pre entered by the close of entries. If classes are oversubscribed, a ballot will take place being determined by how many shows have been attended in the qualifying period.

Lists of all qualified combinations will be displayed at all shows and via the links below: 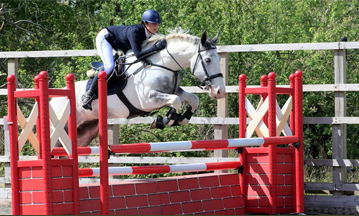 I regularly compete at Petley Wood and it has been ideal for my youngster to learn the ropes in such a relaxed atmosphere. I have never had any trouble here or distress. I recently went to a different show venue and it really made me think how lucky I am to have Petley round the corner from me. It is always clean, the car park is brilliant with hard standing and loads of different events going on.

Fantastic for livery, excellent facilities, ample storage, good turnout and friendly knowledgeable staff. The best point for us however has to be the hacking, acres of on-site, well maintained woodland and really easy access to Battle Woods, couldn't ask for better.

Thank you everyone for a lovely day, the team were so friendly & helpful. Was mine and bish's first time there today, for the show jumping. We really enjoyed ourselves, we will be back!!

I really enjoy visiting Petley Wood to compete in BS competitions. There is a lovely friendly atmosphere, well built courses and a large clean area to park. The warm up is indoors and the outdoor competition arena rides well.

We look forward to welcoming you to Petley Wood EC - if you have a question please contact us.

Get In Touch Now